Once upon a time, there was a little girl who lived alone in the forest with her grandmother. The little girl's parents had tragically passed away when she was an infant, but her grandmother had taken her in, loved her and raised her to be able to speak with the spirits of her beloved parents.

Every day, the little girl went to an enchanted part of the forest, where she sought counsel from her parents, as healing music from the birds, grounding force from the forest trees, wind gently caressing her skin and voices of loving thoughts in her mind.

One day, when she was old enough, she prepared to ask her parents a question she had not dared ask before. She went to their secret place, and was more quiet than usual, which her parents noticed. They knowingly looked at each other, and asked her to come to them.

"Our dearest, most beloved daughter. You have lived a life with a consciousness on death that is unusual, and we have awaited the time when you would come to us with this question.

The girl nodded, for this was the exact question that she had prepared to ask.

"Death is never painful. The path onto death may be painful for some, but death is not.

What the living experience when others die is not death - it is the path leading to demise. And therefore, for many people, the pain of the path is associated with death itself.

In time, fear of the pain may evolve to become fear of death - thus fulfilling the path as painful.

Do not fear death, our beloved daughter, and your path will be filled with love".

The girl understood. She ran home to the forest cabin where she lived with her grandmother, and for one last time looked her deep in the eye - a moment filled with the purest of love, before death silently brought peace to the old woman's soul.

The trees of the forest swayed gently and welcomed a new spirit home." 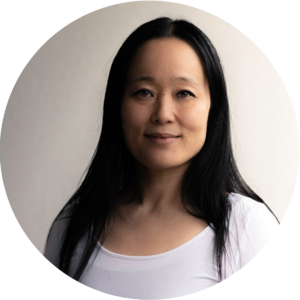